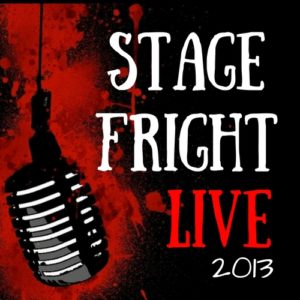 Stage Fright 2013. Once again Wireless Theatre were thrilled to open the London Horror Festival by recording, live at the Etcetera Theatre, three short-listed horror plays; Valley House, The Skulk and Cool Head. The plays were then judged by horror royalty Kim Newman.

Judge for yourselves if you dare….